Velebit is the largest but not the highest Dinaride mountain range in Croatia. This range of beautiful mountains is located along the Adriatic coast. It has around 30 km in width and 145 kilometers in length and spreading up to 10 km in the south. It is the most attractive and most precious natural phenomena in Croatia.

Velebit forms the largest protected area of Croatia that is divided into a range of smaller areas, including two national parks, Paklenica in Dalmatia and Northern Velebit in the Lika region. Velebit is one of the most beautiful natural sites in Croatia that is not only famous due to its beauty but known for its wealth of flora and fauna, the total number of various species, and the significant number of endemic species.

In 1978 the UNESCO program included the whole range of Velebit in the list of biosphere reserves ‘Men and the Biosphere’ After that, to protect its natural beauty, this landmark was declared a nature park, in this way, the most charming place protected as natural monuments, national parks, and strict nature reserves.

If you want to spend your holidays full of outdoor activities, then Velebit is an ideal destination. The Velebit range of mountains is perfect for a hiking trail, and there are more than 20 shelters and climber’s lodgings for the accommodation of hikers and mountaineers. Every year many hikers visit it and enjoy hiking trails and make a great trail.

In 1999 the Sjeverni Velebit National Park was established. The national park Sjeverni Velebit contains a wide variety of flora and fauna that increase the beauty of the park. The Sjeverni Velebit is the best point where you’ll see the outstanding view of the Adriatic Sea and the islands of Goli, Krk, Pag, Rab, Prvić, and Lika on the continental side.

Nature Park is the largest, most attractive, and complex protected area in the Republic of Croatia. It stretches 145 km in the northwest to canyon Zrmanje Valley in the southeast. On the western side, it connects the Adriatic Sea, and on the mainland side, the nature park surrounded by Lika, Gračačko polje (field), and Gacko with Otuča, Gacka, and Lika rivers.

The Paklenica National Park is also known as the valley of Velika and Mala Paklenica that is a protected area in Croatia, also known for karst rock formation and black-pine forests. There are different species of animals found in this park, including eagles, deer, bears, and falcons. The Valley of Velika is the best place to visit the most beautiful objects of nature. 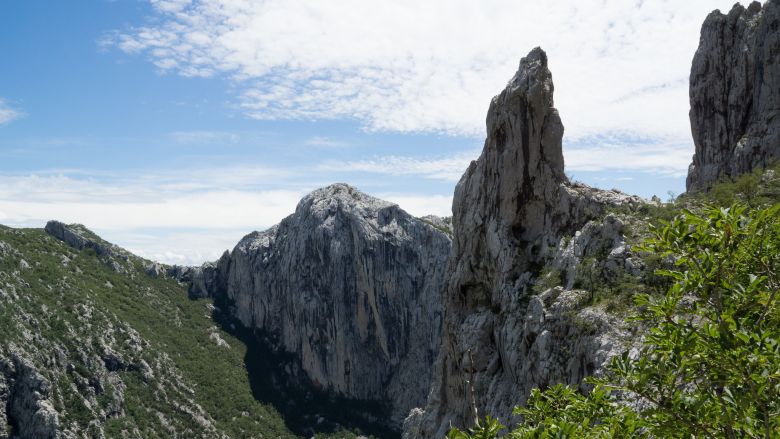 Before visiting the Velebit, it’s most important you should know about the climate of Velebit. Velebit range of mountains creates a natural boundary between the continental and Mediterranean climatic regions.

The climate of Velebit’s higher part is harsh, but inland and coastal side climates are different from the higher part. Velebit is the best place for hiking the whole year. Be aware of the bore, which is the east wind usually blowing during winter. It can be dangerous due to high wind speed and sudden blasts.

The weather in Velebit can change anytime, even during the summer season, suddenly cold wind blowing and raining. Therefore, when you make a plan for hiking, you must have all the necessary and safety equipment. However, the summer season is a perfect time for visiting because the weather is the most stable. In summer it is better to avoid any ascents from the coastal side due to the hot season, it can be unbearably hot. From November to May, the Velebit mountains and roads are usually covered with snow.

The Velebit hiking trail is the most beautiful and interesting route of Velebit that starts on Zavižan. However, it provides the shortest approach from Oltari and Krasno that has a 3 to 4 hours destination. For a better experience, on the Baške Oštarije, some hikers divide the tour into two parts. On the Adriatic state road, the trial ends at Starigrad Paklenica. The Velebit hiking trail is around 100km and marked with the usual white and red mountaineer markings.

The most beautiful and fabulous parts of the Velebit hiking trail are the area between National Park Paklenica in Southern Velebit and Zavižan and Alan (Northern Velebit). The Velebit hiking trail is one of the most favorite destinations for tourists and hikers. The range of hiking trails vary from easy to difficult with beautiful views. Before going to the trail, make sure about the weather condition and take necessary accessories such as hiking footwear, clothes, and a sufficient quantity of drinking water. 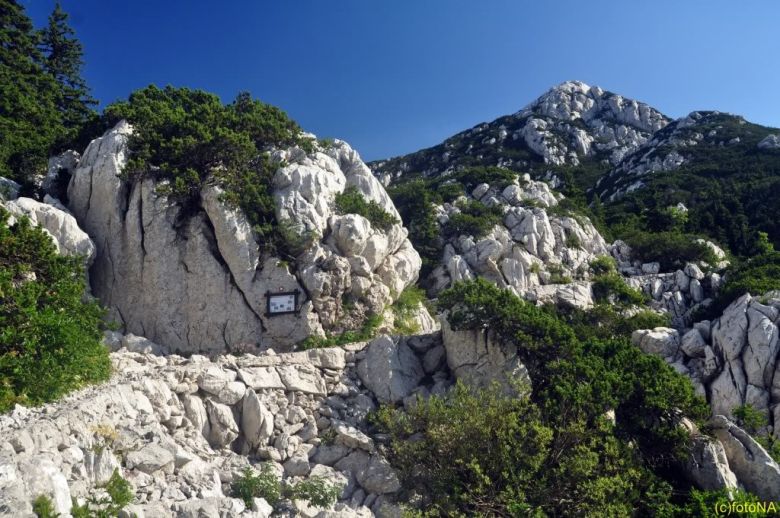 Velebit range of mountains is a house of about 1,500 species of animals, plants, and fungi. The mountain’s remarkably diverse is Velebit Bellflower, Croatian sibbirhaea, wolf, chamois, lynx, golden eagle, and many other animal species.

The large part of the park is covered with a variety of atmosphere and species, such as pine curves, knotty, mountain beech, grassy and rocky peaks, colorful flowering plants, pollinators (bumblebees, bees, butterflies, and numerous other insects). 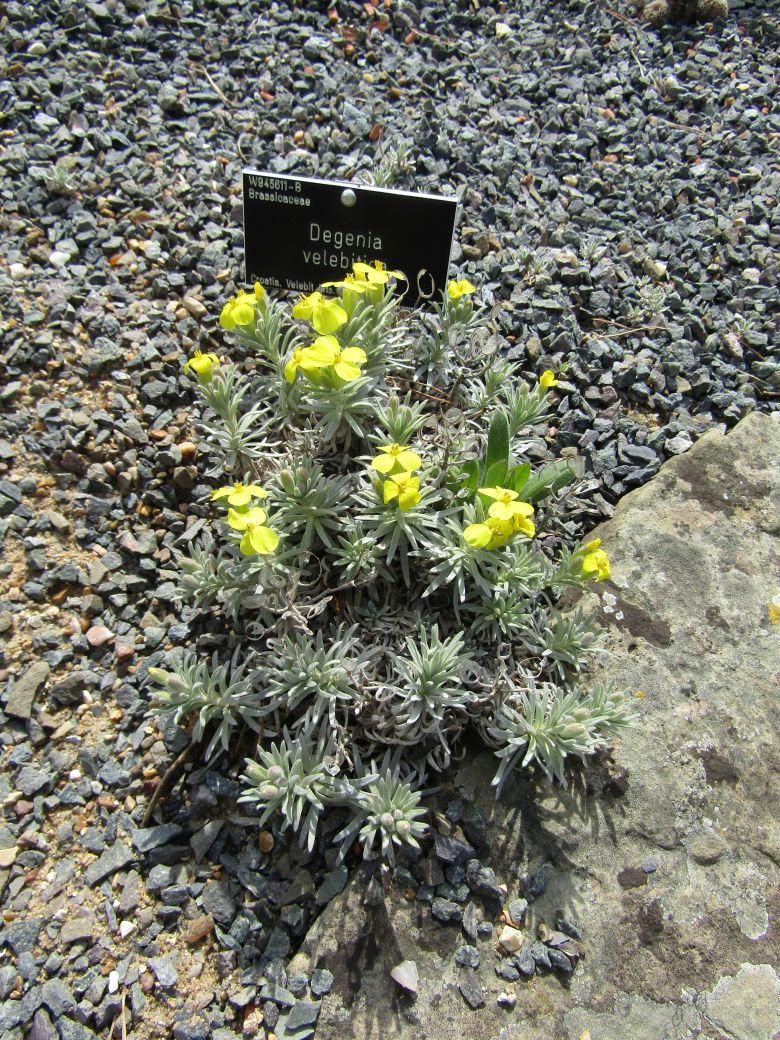 Kvarner Islands has a wonderful selection of beaches, including 20 Blue Flag beaches, which have standard water quality, high safety environment, and a peaceful place for entertainment. The most famous and attractive beaches of the Kvarner Islands are Baška on Krk, Rajska Plaza (Paradise Beach) on Rab, and Suncana Uvala in Mali Losinj. Moreover, this is the best place for camping, refreshing, entertainment and many other activities.

When you visit the Kvarner Islands, taste the delicious food and drink. For the Croatian culture, food is very important. Therefore, in the Kvarner islands, lots of restaurants offer traditional food and wine. The most famous dishes of these islands are made of herbs, olive oil, wine vinegar, and spices, such as seafood or pasta. Make sure you ordered  cheese-presnac made of sheep’s milk and combine it with Zlahtina wine.

Sunset and early mornings will offer you the most precious moments of your trip! The views, feelings, and refreshing breath of Kvarner Islands will remove all the pain and thoughts for some time. It will be the most precious time of your life, so enjoy your time with your family and make this time memorable. 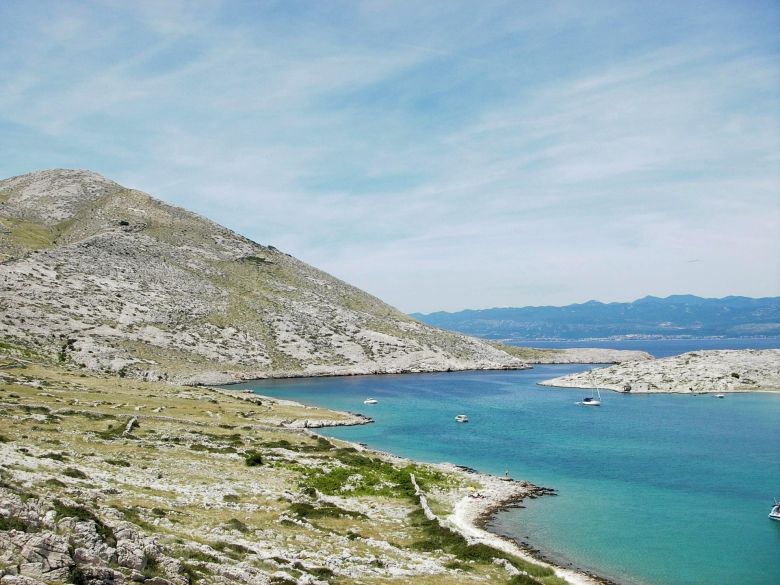 Velebit is one of the most important natural areas and a great destination for adventures, hikers, and tourists. If you are making a plan to hike on Velebit, then May to October is the best time for visiting. The numerous peaks in the surroundings offer an amazing view of the Adriatic Sea in these months. Adrenaline/ZIP is another adventure experience that you can gain in Croatia.

In Krasno village on North Velebit is the only food store that is quite far from hiking routes. So make sure you have enough stock of food and beverages before hiking. However, the Zavižan mountain hut offers beer, coffee, tea, and other drinks. Make sure you dress for the occasions and prepare for the weather condition of the Velebit. Few prohibited things are as follows: making noise, plucking the plants, hunting, camping (allowed only in marked areas), and throwing garbage openly instead of dustbins.

There are no hotels, restaurants, or similar objects inside the Velebit. But the National Park Sjeverni Velebit offers accommodations in mountain huts. Villsy.com offers villas with pool to rent near the Velebit in Crikvenica so you can enjoy your tour without any worries of accommodations.