Hidden Treasures of the Kvarner Bay

Hidden Treasures of the Kvarner Bay

In this article I would like to introduce you to six treasures in the Kvarner Bay, which should not be missing on any holiday.

Kvarner Bay is made up of more than 20 islands scattered across the Adriatic Sea. The bay itself is upstream of the Croatian coast. The special feature of these islands is that they are unique in every way. In Kvarner Bay there are actually not two bays that are alike. Locals call this area a work of art in the sea, left by Mother Nature.

The Kvarner Bay has developed over the years as a top holiday region. One reason seems to be that the small islands in the bay itself are not heavily populated. The bay in itself is already a Croatian treasure.

The Kamenjak peninsula, also called Cape Kamenjak, is the southernmost tip of Istria. It is about six kilometers long and one kilometer wide; an island that juts deep into the sea. The rugged coastline offers countless coves and beaches in an exceptionally beautiful area. Of the lying islands 11 are uninhabited.

The Kamenjak Peninsula is known for water sports such as swimming and high water jumping but also for its many beach bars where you can spend some of the night.

The reserve is home to 20 different species of orchids, some of which are native. This wonderful dense flora could develop as there are no resorts or campsites in this area. A bit of untreated nature! An excellent place for walking or cycling, where the photographers are not forgotten.

For all yachting friends there are anchorages in Veliki and Portic Cove. 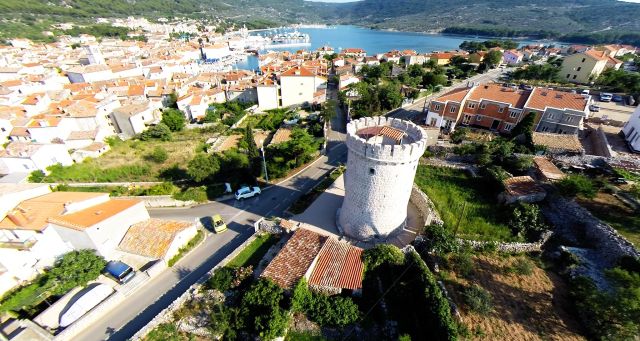 The island of Cres is the second largest island in the Kvarner Bay. A bridge connects Cres with its neighboring island Losinj. The south and west side of the island of Cres is fertile with lush subtropical vegetation. The north and east coast, however, is mountainous and bare.

A must for every island hopper in the region is the freshwater lake Vransko Jezero on Cres. This is located in the middle of the island and is, thanks to its abundance of fish, a pardis for all anglers!

Gorice, the highest mountain (648 m) on Cres offers breathtaking views over the Kvarner Bay and its islands.

Losinj is also known as the island of flowers . In addition to the floral wealth you will find unique pine forests.

Located southwest of Cres, the island Losinj extends over 31 km. Thanks to its rich vegetation, this island was known for tourism very early on. In contrast, Cres is a rather bleak island.

Mali Losinj and Veli Losinj have been known since 1892 as the resorts in the Adriatic. The climate is mild and the many coves and beaches attract countless tourists every year. Palm trees, oleanders, agaves and various colorful flowers give this island a special charm.

If you are traveling with a yacht, you will find here some safe anchorages. 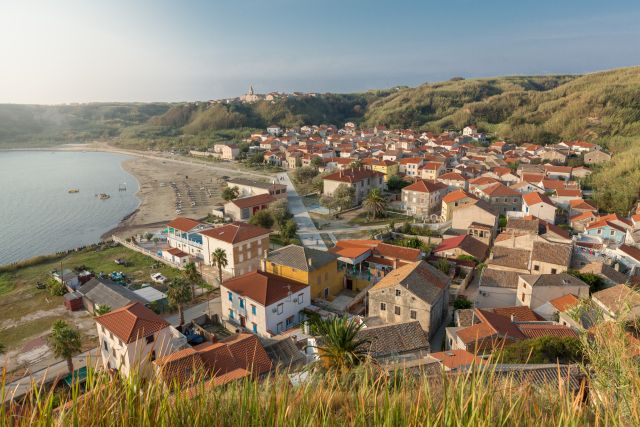 The island of Susak is home to a geologically unexplained phenomenon. Compared to its neighbor islands, which are all made of rock, Susak is made of sand. – A safe anchorage for all sailors.

Susak is a small island, with a total surface of only 3.7 km2. The highest point is Garba (96 meters), where the lighthouse is located.

The vegetation consists mainly of reeds, blackberries and vines, which Susak stands out clearly from its neighboring islands.

Southeast of the island you will find the only settlement with a shallow sandy bay for anchoring. 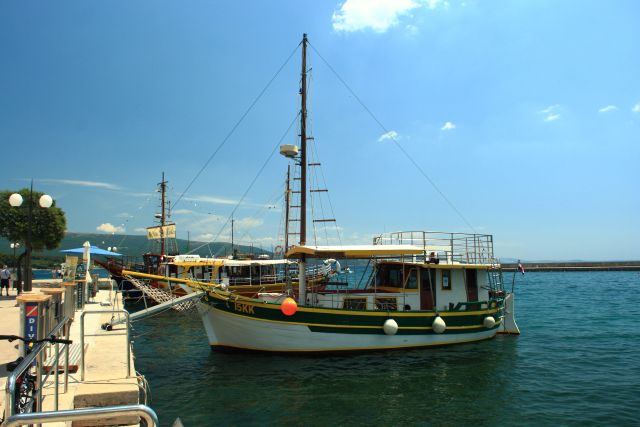 Krk is one of the largest islands of the Croatian Adriatic. If you are traveling by boat, visit the east coast and admire the typical for the island bald “moonscape"! But this bald area is deceptive. The island of Krk is densely populated and very fertile because the mountains of the east coast protect the entire island from the cold north wind, also called Bora.

Krk is connected by a bridge to the mainland and therefore easily accessible. Ferries bring tourists to Cres and Rab. 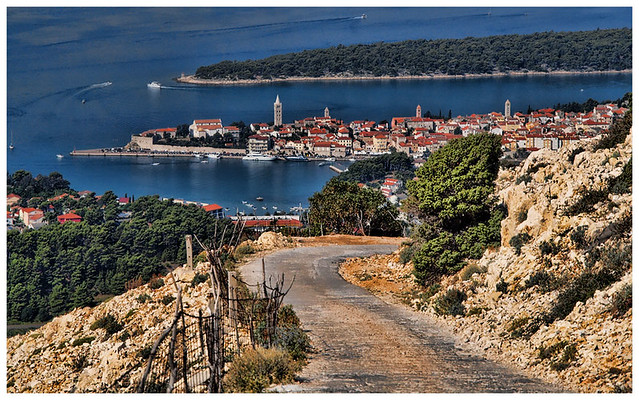 The island of Rab is certainly one of the most beautiful and famous islands in the Croatian Adriatic. Rab is located between Krk and Pag, at the southern end of the Kvarner bay and is separated from the mainland by a narrow channel.

The island of Rab is known for its four historic belfries. In addition, there are countless walks. North of the town of Rab is the port of Lopar, where the ferries from Senj (mainland) dock.

Thanks to its mild climate, Rab is one of the many sunny regions in Europe. The island of Rab is protected in the northeast of the barren mountains Kamenjak. This ensures that Rab can develop many fertile valleys with subtropical flora. Admire the olive groves, vineyards, pine, pine and oak forests that provide plenty of shade, especially in the warm season. Moreover, the air, thanks to the many forests, is better than you would find anywhere else in Europe.

The Kvarner bay is best discovered by boat. The islands offer countless anchorages, sunny beaches, beach bars and restaurants where you can experience, among other things, the unique Croatian cuisine.

Discover beautiful villas in Croatia
See our offer
Trending Villa Rental Regions
Kanfanar
Vizinada
Crikvenica
Visnjan
Buje
Related posts
Wine bars that you should not miss on your holiday in Dalmatia
Hvar: The Luxury Island of Croatia
A travel guide to luxury destinations – for hedonists only!
Nude and happy – top 3 nudist beaches in Istria